The Director-General of the National Agency for the Prohibition of Trafficking in Persons (NAPTIP), Dr. Fatima Waziri-Azi has directed all Zonal and State Commanders of the Agency across the country to commence surveillance operations within their jurisdiction to ensure that all child traffickers including those involved in buying and selling of human beings are apprehended and made to face the wrath of the law.

She has also directed that all homes where buying and selling of babies are suspected to be going on (also known as baby factories) are detected, shut down and the operators apprehended for prosecution. She directed the Zonal and State Commanders to liaise with sister law enforcement agencies within their areas of operation for joint actions to stem the tide of child abduction, trafficking and buying and selling of such children.

The Director-General who recalled the recent case in the Shongatedo area of Lagos State where a dispatch rider had a child in his dispatch box apparently meant to be delivered to someone, said that such cases should not be allowed to fester in Nigeria. She expressed the confidence that the Nigerian Police Force who is already handling the case, will get to the root of the matter. She also stressed the readiness of the Agency to work with the Police to investigate and prosecute all perpetrators.

She said, “We cannot allow this type of evil to continue in our country and before our eyes. The Trafficking in Persons (Prohibition) Enforcement and Administration Act 2015 empowers us to deal with all cases of human trafficking including the buying and selling of human beings as well as cruelty to children. Who knows the intentions of that dispatch rider and those that sent him? Who knows the state of the mother of that baby right now?

‘’We have already rescued many of such children over the years, traced the parents and reunited the children with them while prosecuting those involved, but we must do more as the crime is not abetting. Every day, the criminals are devising new strategies and we must in collaboration with other sister law enforcement agencies and other stakeholders including members of the public so that we can get ahead of this national crises. That is why we are being paid by tax payers, to protect them by delivering on our mandate “.

In the last one year, the Agency has rescued no fewer than 30 babies from criminal elements, traced the parents and reunited the babies with them while those arrested are facing prosecution in different Courts across the country for Child Trafficking.

‘’These criminal elements do not mean well for the children and their parents. What drives them is the money they make from such sales while the agony of such parents and what becomes of the children do not matter to them. There is currently an entire value chain for the buying and selling of children in Nigeria’’, she further added.

The Associate Professor of Law also called on members of the public to be vigilant to the happenings within their environment as the criminals involved in the abduction and trafficking of the children are not strangers but people they know. “We are not saying that the members of the public should take the law into their hands by going after the criminals but rather, they should share intelligence with relevant Agencies” she added. 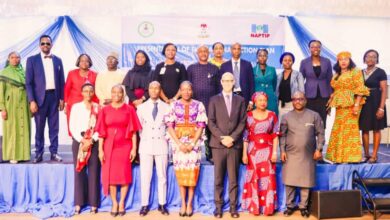 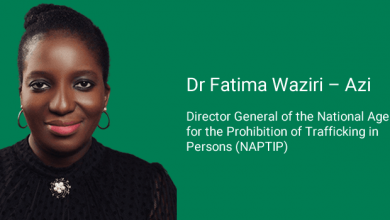 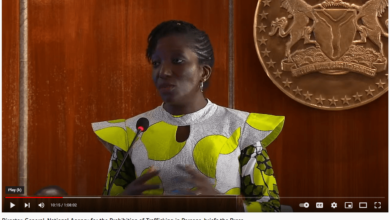 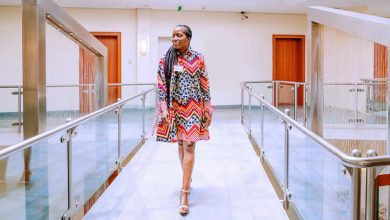 Law and Order: A Pitt alumna helms the fight against human trafficking in Nigeria.